Originally posted and commented on LinkedIn. 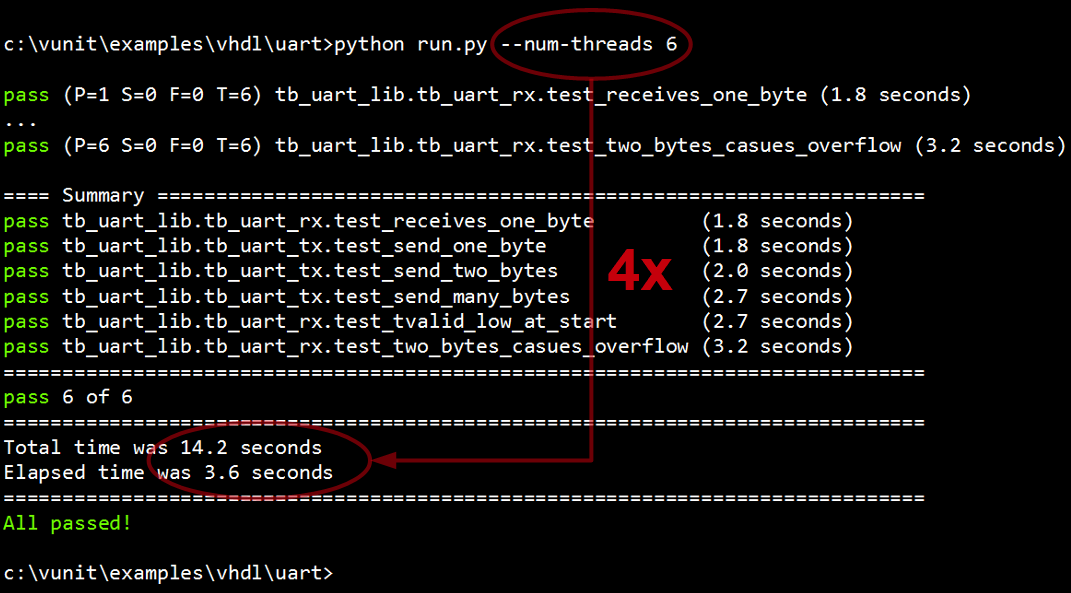 VUnit is a free and open source unit testing framework for VHDL that was released in November last year. Initially it supported ModelSim, then GHDL support was added in June, and a few days ago we added support for Active-HDL and Riviera-PRO. The latest addition makes the tool available for a new group of users and this is a short introduction for you.

The basic idea with unit testing is to code and test in short cycles to get frequent feedback on progress from day one. Most of us add bugs many times a day so we need to complete these cycles at the same pace to limit the consequences. If we’re going to test many times a day, not only what we just added but also do regression testing, it has to be an automated and speed optimized task.

Automation means that our testbenches and their test cases have to be self-checking but also that we need to automate the execution all these tests or a selected subset thereof. As soon as we introduce manual steps in this workflow we tend to postpone the testing and the short code/test cycle is broken.

VUnit provides a check package for making tests self-checking and the test runner is responsible for the execution. The test runner will scan your project directories for source files and tests, figure out their dependencies and what have been modified, compile what’s needed and then run the selected tests as specified from command line. For example,

VUnit is lightweight. A typical setup adds 8 lines to your normal testbench code and one extra line for each test case in that testbench. Everything is pure VHDL so it can be run without the run.py script if you want to. The typical run.py script is 4 lines of code plus one extra line for each VHDL library you want to create and each directory where you want the test runner to scan for source files. You don’t have to know Python, just start with a the template and insert your library names and source paths.

In addition to the core functionality described above VUnit contains a number of other useful features. For example,

VUnit is a truly open project formed by its community. If you want to follow the progress you can click on “watch” on the project homepage. If you like what you see click on “star”. If it’s something you don’t like or you miss a feature you should create an issue. You can also make your own code contributions.